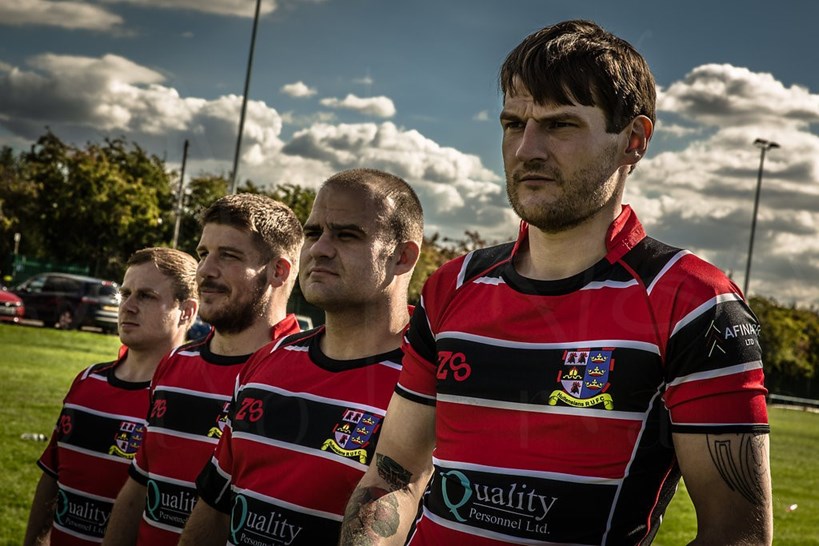 HULLENSIANS PLAY THEIR GET OUT OF JAIL CARD TO WIN IN ELEVEN-TRY THRILLER AT GUISBOROUGH
Guisborough 38 Hullensians 39
Hullensians' coach trip to Guisborough was hardly the best preparation for the game when, after a smoke break and a couple of wrong turns, they were treated to a conducted tour of a housing estate, much to the amazement of the local residents. They then had to disembark and carry their bags over an embankment to the ground, so it was hardly surprisng that they went behind to a try inside two minutes as winger, Mark Ferguson rounded the cover for the opening score. Hullensians closed the gap with a Guy Martinson penalty after Guisborough had come in from the side to kill the ball. Guisborough, who were winless in six games, but had amassed seven points in bonus points, were playing Barbarian-style rugby in attack, and increased their lead when Owen Edwards muscled over from close range, with Whyman adding the extras. Martinson reduced the deficit again with his second penalty when Guisborough clung onto the ball at the in the tackle, before Guisborough went further ahead as scrum half Tony Conway cut through from the base of a scrum to race in for a try, with Whyman adding the extras. Hullensians attacked the hosts' line during the course of several penalties, but as Guisborough tried to kick clear of trouble, the ball bounced fortuitously fortuitously for them, confounding two Hullensians players as Ferguson picked up to race 80 yards for his second try, which Whyman converted for a 26-6 half-time lead.
Hullensians looked dead and buried soon after the restart when Guisborough gained turnover ball for Ferguson to complete his hat trick and Whyman to convert for a 27 point lead., but they were to stage a bigger comeback than Lazarus. Hullensians increased their intesity in defence, led by example by skipper, Scott Jackson, in a spirit typified by old faithful, Tony Smith, and when young Ryan Johnson intercepted an attempted kick-through by Guisborough to step their defence before turning on the after-burners to sprint in for a try, with Martinson converting, there was a glimmer of hope. The mood was visibly lifting as Josh Langford suddenly remembered how to score tries and raced up the left to cross at the corner. The self-belief, determination and expectation mounted as Martinson broke through to send Langford in for an action replay try, converting it to move within eight points. However, it was Guisborough who were next on the scorecard, as a turnover in midfield saw second row, Liam Corcoran, cross at the right corner for their sixth try, with Whyman crucially missing only his second conversion, because Jason Conroy broke for Langford to go over for his hat trick and Hullensians' bonus point try, converted by Martinson to convert to move within six points. Hullensians were not going to let this one slip away and with barely two minutes left on the clock, Langford got the ball out wide on the left, but instead of going in for an easy fourth try for himself, he unselfishly offloaded to Tom Sawden for him to race over closer to the sticks for a well-deserved try to give Martinson an easier conversion attempt, which he coolly slotted over for a 39-38 victory.